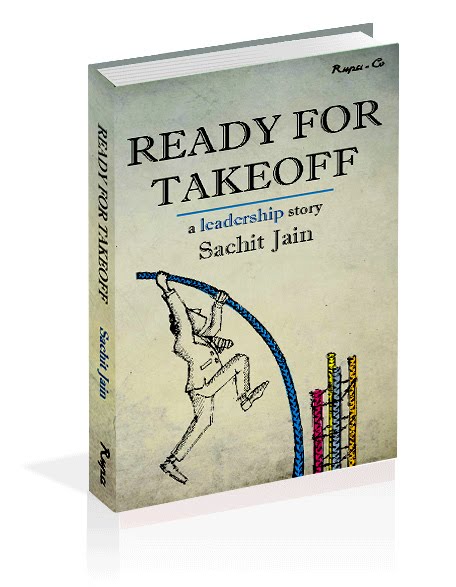 10000 copies of Ready for Takeoff have already been sold. The reprint has already started.
Posted by Ready to takeoff at 3:19 AM 1 comment:

After a super enthusiastic response in Delhi, we are all geared up for the launch in Chennai on the 14th of September in Taj Connemara at 5:30 pm. Mumbai is next on 11th of October, followed by launch at IIMA on the 12th of October.

Looking forward to a great response.
Posted by Ready to takeoff at 3:44 AM 6 comments:

Ready For Takeoff is launched on 6th of September 2010

The book is launched formally in Delhi
Posted by Ready to takeoff at 1:11 AM 1 comment:

The book is out

The published book is out and I held it in my hands. Cannot describe the feelings but there was pure unadulterated joy. The despatches to the stores have begun and the book should be available in the market next week.
Had a book reading session in Goa, lots of Textile entrepreneurs got enthused by the ideas and are planning to buy the book for their employees and their wives are planning to start discussing some of the issues at home.
Cheers
Bye for now.
Posted by Ready to takeoff at 12:26 AM 4 comments:

Ready to take off ready after printing

My father-in-law and boss, Mr S.P. Oswal, for giving me the opportunity of working in Baddi. This book could not have been written but for him. My wife Suchita, my daughters Soumya and Sagrika, who add constant excitement in my life and who are still trying to improve me. My mother-in-law Mrs Shakun Oswal, my brother Gaurav and his wife Kanchan for being a support. Dr Prem Kumar, former director of Sri Aurobindo College of Commerce, Ludhiana who gave me the idea to write this book as a work of fiction. Reena Singh who read the first paragraph I wrote. Dr Subhash Bijlani, one of the directors of Vardhman who was the first to read the manuscript and edit it. My friends Jamwal, Bichhoo and Surabhi for agreeing for a guest appearance in the book. All my other friends and associates who have encouraged me along this journey of mine. And last but not the least, Rupa & Co. for agreeing to take on this project, especially Mr R.K. Mehra, Kapish Mehra and the editor Stuti. I have thoroughly enjoyed writing this book; I hope you enjoy reading it too.
Posted by Ready to takeoff at 10:54 PM 2 comments:

My first book 'Ready for Takeoff'

The book is finally entering printing. Will be on the stands by month end.
Formal launch is in Delhi on the 6th of September
Posted by Ready to takeoff at 3:18 AM 1 comment: 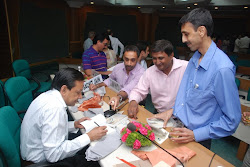 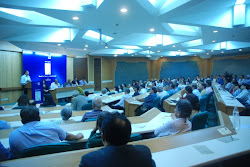 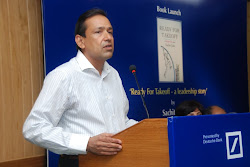